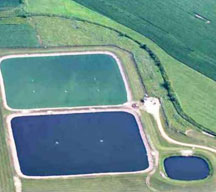 Issue: An Iowa wastewater treatment facility has a three-pond lagoon system that receives 300,000 GPD influent. Sludge levels are 26″ – 32″ in cell one and sludge removal is required. In 2001, the estimated expense to waste the lagoons and make the associated equipment repairs was approximately $300,000.

Action: Four 2-HP Micro Bubble Diffuser aerators are installed in cell one. Sludge is reduced over 6″ in one year, and by 2005, sludge has been reduced to 6″ of depth. During the treatment period, no draining or sludge removal takes place. In year two, two 2-HP Aerators were installed in cell two, which contains 16″ of sludge. By 2005, cell two sludge levels are reduced to approximately 3″ of depth.

Long term operation: In 2008, an additional 2-HP aerator was installed in cell one to provide the operators even greater flexibility in system operation. Wet weather flows were high in 2010 and 2011, followed by drought in 2012. Treatment levels have been continually met and sludge levels maintained at about 6″ without wasting solids. 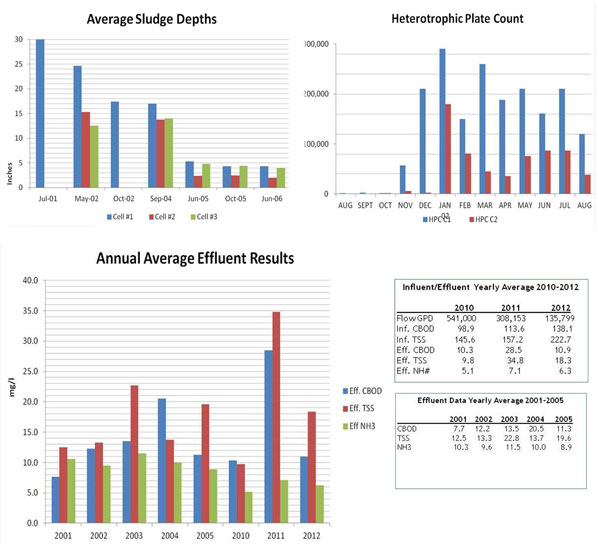